Added 1 month ago by
11 Views
This video from the motorcycle road trip to north cape takes the road FV 17 along the western coast of Norway. Also known as the Coastal Highway. It is 630 kilometres (390 mi) long and includes six ferry crossings. Again the weather was not in our favour making my filming difficult, luckily Catherine was able to use her phone to capture quite a good amount of footage. the FV 17 starts in the south at Steinkjer in Trøndelag county and ends in the northern town of Bodo in Nordland county. After taking 3 ferries today we end up for the night at the Sandnessjøen camping ground, 50 meters from the runway of a small airfield. With the weather so bad we had no chance of seeing the Severn Sisters mountain range just the other side of the airfield. Heres a little legend about this range I found on Wikipedia.


The tale of a troll chase

But Vågekallen, who had been eager for a wife, was lying in wait. He chased them. The sisters fled south down the coast, with several trolls chasing, all of whom were either trying to capture or save them. But none of them thought of the sun, which turns all trolls to stone. When night eventually turned to morning, the troll sisters and their pursuers were petrified. They all became the stones and mountains that today make the Helgeland coastline one of the most beautiful in the world.


We were nice and dry inside our cabin as the rain pounded on the roof all night, Im certain it wa trying to get us. Enjoy the video and please give it a thumbs up and subscribe to the channel, its free.
Ride Safe and Ride Your Dream 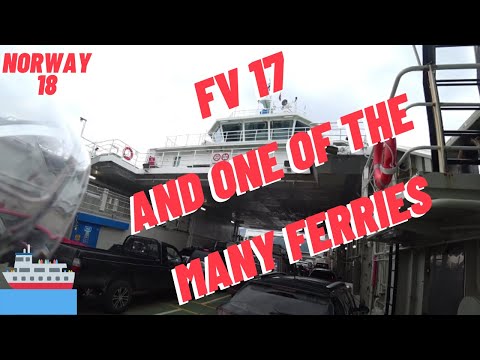 This video from the motorcycle road trip to north cape takes the road FV 17 along the western coast of Norway. Also known as the Coastal Highway. It i...