Added 1 week ago by
3 Views
Like Jupiter, Saturn is made mostly of hydrogen and helium. Its volume is 755 times greater than that of Earth. Winds in the upper atmosphere reach 1,600 feet (500 meters) per second in the equatorial region. (In contrast, the strongest hurricane-force winds on Earth top out at about 360 feet, or 110 meters, per second.) These superfast winds, combined with heat rising from within the planet's interior, cause the yellow and gold bands visible in the atmosphere.

Saturn's ring system is the most extensive and complex in the solar system, extending hundreds of thousands of kilometers from the planet. In the early 1980s, NASA's two Voyager spacecraft revealed that Saturn's rings are made mostly of water ice. They also found "braided" rings, ringlets, and "spokes," dark features in the rings that circle the planet at different rates from that of the surrounding ring material. Material in the rings ranges in size from a few micrometers to several tens of meters, and the size and structure of the rings are partly a product of the gravitational influence of several of Saturn's moons, known as "shepherd moons." Two of Saturn's small moons orbit within gaps in the main rings, and the rings are divided into seven sections.

Join this channel to get access to perks:
https://www.youtube.com/channel/UC1ulZ3lMW1mU6sZSqcxDWEw/join 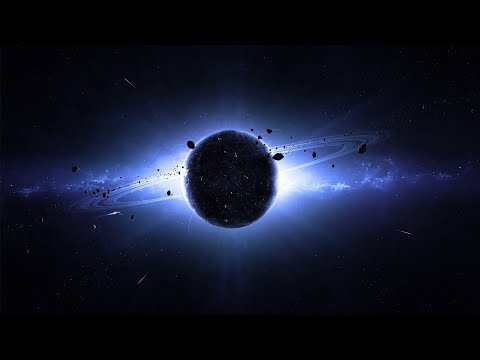 Like Jupiter, Saturn is made mostly of hydrogen and helium. Its volume is 755 times greater than that of Earth. Winds in the upper atmosphere reach 1,...