Added 5 days ago by
2 Views
This story appears in the June 30, 2021 issue of Forbes Asia. Subscribe to Forbes AsiaIn early May, William Li strides onto a Shanghai stage in a navy T-shirt emblazoned with two words: Norway 2021. The founder of Nio greets his new team sitting in Oslo at the virtual event before launching into details about the Chinese electric car maker’s first move overseas. The Nordic country was chosen because it is the first country in the world where EVs have overtaken sales of traditionally powered vehicles—nearly 55% of all car sales in 2020, according to the Norwegian Road Federation. It will also serve as Nio’s springboard to Europe, which briefly passed China last year as the world’s largest EV market after governments doled out subsidies to spur purchases during the pandemic. Starting in 2022, Nio will enter five more European countries, which Li declines to name. While success at cracking a new market far from home is hardly assured, Li is confident about his company’s roadmap for growth. “China is already the most competitive EV market in the world,” the 46-year-old said at a press conference earlier that day. “If I can do it in China, there is no reason I can’t do it elsewhere.”Li, dubbed the Elon Musk of China, has already made his mark at home. In seven years, his company has gone from startup to become the seventh largest in China’s EV sector by deliveries. He led the carmaker back from the verge of bankruptcy in late 2019, when executive departures, vehicle recalls and a rollback of government subsidies pummeled investor confidence in the company. Fast forward to today: Nio delivered 20,060 vehicles in the first quarter, a fivefold jump from a year earlier when demand was suppressed by the pandemic. Sales grew over 490% over the same period to reach 7.4 billion yuan and its net loss narrowed to 451 million yuan. Full-year deliveries are forecast to reach 95,000 vehicles after factoring in the impact from the global chips shortage, according to New York-based analyst Edison Yu at Deutsche Bank. That worsening problem has taken a toll on manufacturers across industries. Auto brands worldwide have been forced to slash production, including Nio, which needs semiconductors for features such as mapping and in-car entertainment. Over the past year, shares in the New York-listed firm once surged almost 20-fold as Nio increased deliveries at a record pace, only to fall back recently amid a broader EV selloff triggered by the chip shortage. Still, Li’s 11% Nio stake gives him a sizable fortune of $5.7 billion. While China is currently the world’s largest EV market—sales there are expected to grow 50% to 1.9 million vehicles this year, according to market research firm Canalys—Li takes a world view. In an interview on the sidelines of the Shanghai Auto Show in April, he outlined for the first time his global ambitions.“Electric vehicles still account for a very low share of the entire auto market and there is a huge room for growth worldwide,” he says.


All data is taken from the source: http://forbes.com
Article Link: https://www.forbes.com/sites/ywang/2021/06/03/ev-billionaire-william-li-is-chasing-growth-overseas/ 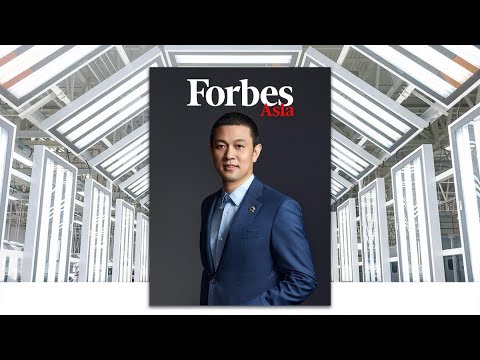 This story appears in the June 30, 2021 issue of Forbes Asia. Subscribe to Forbes AsiaIn early May, William Li strides onto a Shanghai stage in a navy...